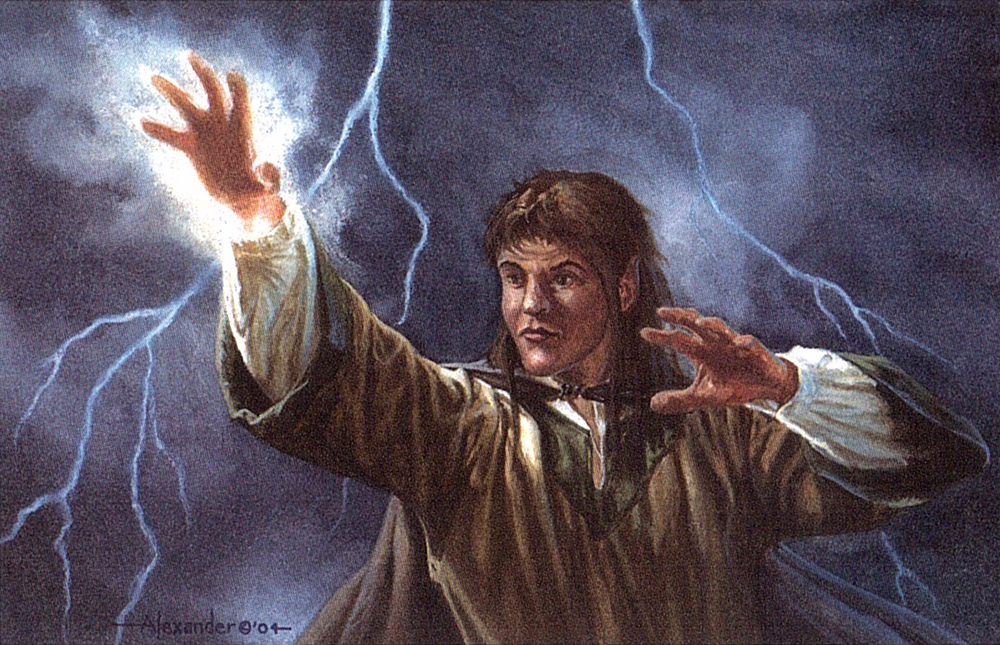 Small and slight with boyish features. Dusky skin and brown hair, closer in appearance to Wren Elessedil. Whilst aboard the Jerle Shannara he grew physically – becoming both tougher and stronger.

Was strong in ways that were not always apparent. With his daily training sessions with Ard Patrinell his fighting abilities became almost the equal of any man aboard. He was a quick learner. He became more confident and less of an outsider.

He grew to be possessed of quiet determination and strong emotions; traits his niece Khyber Elessedil would later share.

Ahren seemed to have grown physically, his body was stronger and tougher from his fighting training and his fighting abilities nearly matched anyone’s on the ship. He grew in confidence and seemed less of an outsider.1Ilse Witch – p 354

Ryer Ord Star discovered he had been kept alive by Antrax as it planned for him to serve in place of Kael Elessedil. The Sweeper had been sent to lure him to the same room where Kael had been imprisoned.2Antrax – p 208

At his insistence, Kylen Elessedil sent some Elves with whom Grianne Ohmsford formed the heart of the Third Council of the Druids.3Jarka Ruus – p 3

Ahren went to Paranor with the first of the new Druids and studied with the Ard Rhys. He had an affinity for tapping into earth magic, the heart of all Druid studies. Fifteen years before Jarka Ruus he had been strong enough to take his talent back into the Westland and moved to Emberen. There he devoted his life to caring for the land and its people.

Over the years Ahren became the member of the family the others were ashamed to acknowledge, and he was not welcome in Arborlon. An order of exile had been issued and all were forbidden to even speak his name.

As he had supported Grianne Ohmsford and her efforts to restore the Druids he had been rebuked and exiled by Kylen Elessedil and later Kellen Elessedil.

When Khyber visited him in Emberen he taught her magic.

Shadea a’Ru was advised by Aphasia Wye, via an Arrow Swift, that the Galaphile had been destroyed along with Terek Molt and Ahren.