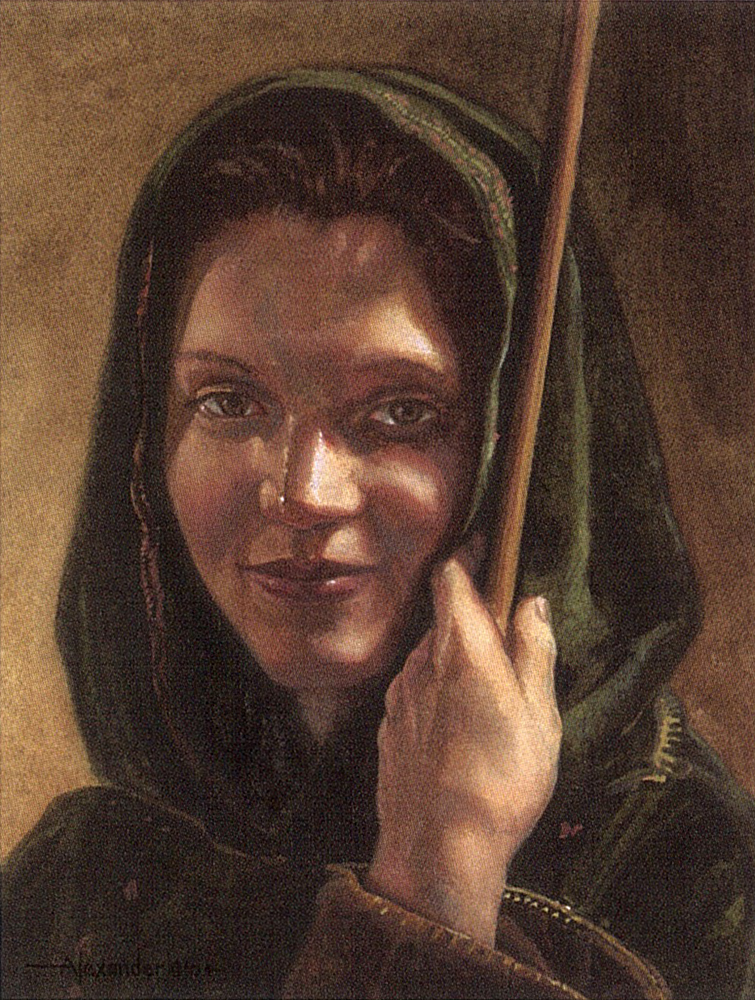 She looked similar in appearance to Ahren with their dark features and hair, eventually becoming as tall as him.

She had a similar personality to Ahren Elessedil: they were both possessed of quiet determination and strong emotions.

Ran away when she was eight and got as far as the Sarandanon before she was recognised and brought back.

Stowed away in the hold of an airship when she was twelve and got as far as Callahorn before being discovered.

Although born into the royal family she did not feel a part of court life. This made her more impatient and determined to successfully master her magic.

Was taking lessons from her uncle to improve her magic as she wished to study at Paranor.

Had now become the Ard Rhys.1Wards of Faerie – p 54