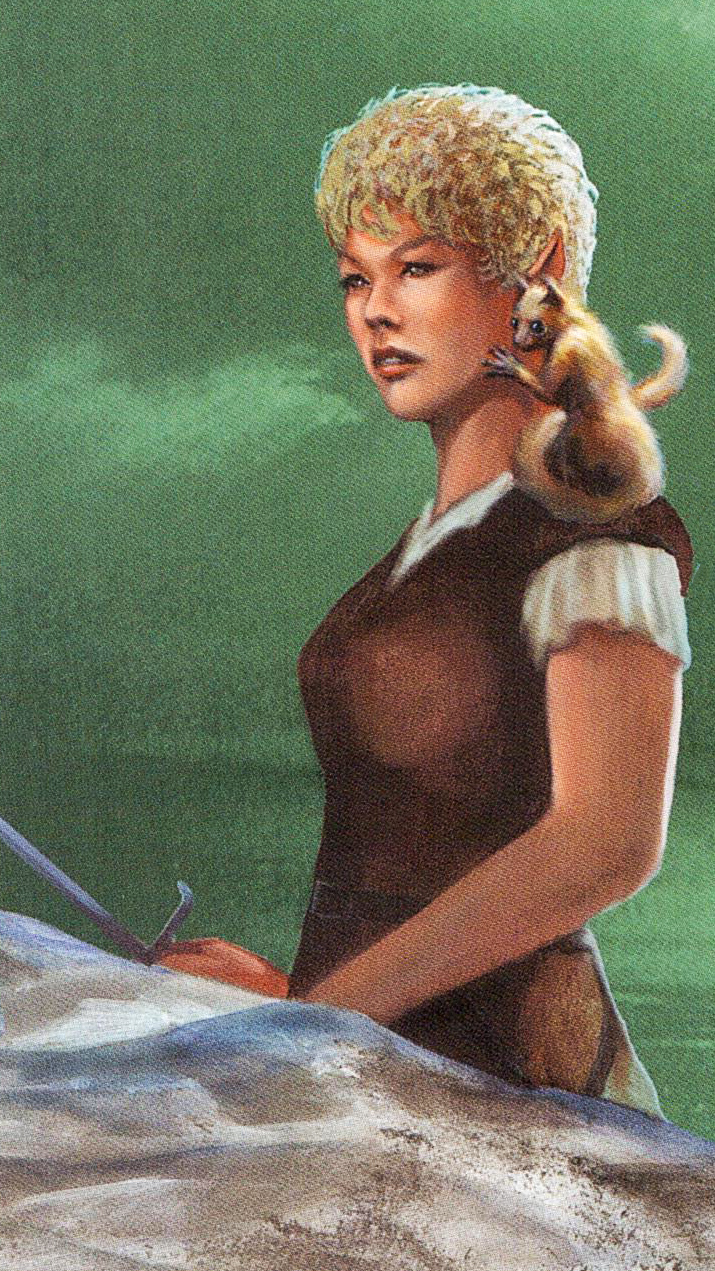 Her mother was believed to be a Rover, and her father an Ohmsford. They supposedly took her to the Rovers as a baby, leaving a leather pouch with painted rocks about her neck. She was then taken to Shady Vale and was raised by Jaralan and Mirianna Ohmsford. When she was five the Rovers took her back again, as previously agreed with her parents. She was given into the care of Garth by one of the family elders. He was instructed to train her to be quicker, stronger, smarter and better able to survive than anyone else.

After discovering that she possessed Elfstones, she also found out that both of her parents were actually Elves.

Became one of the greatest rulers of the Elves ever.

In the early years of her reign, a contract was drawn up between the Land Elves and the Wing Riders and for the Wing Riders to serve as scouts and messengers along the coast of the Blue Divide.

As a child Wren’s parents gave her a pouch containing three ordinary stones painted blue. When they met, the Addershag detected the presence of magic but could not confirm the source. Later, when she and Garth were under attack from a Shadowen the stones magic abilities responded to the danger Wren was in and were revealed to be the Blue Elfstones. After that they no longer appeared as painted stones but as actual Elfstones.

The Ruhk Staff and Loden

After the death of Ellenroh Elessedil Wren became the holder of the Ruhk Staff and used it and the Loden to return Arborlon to the Westland. This was the final time either was able to be used, as afterwards the Loden turned into a normal stone and the staff itself was no longer able to be used.