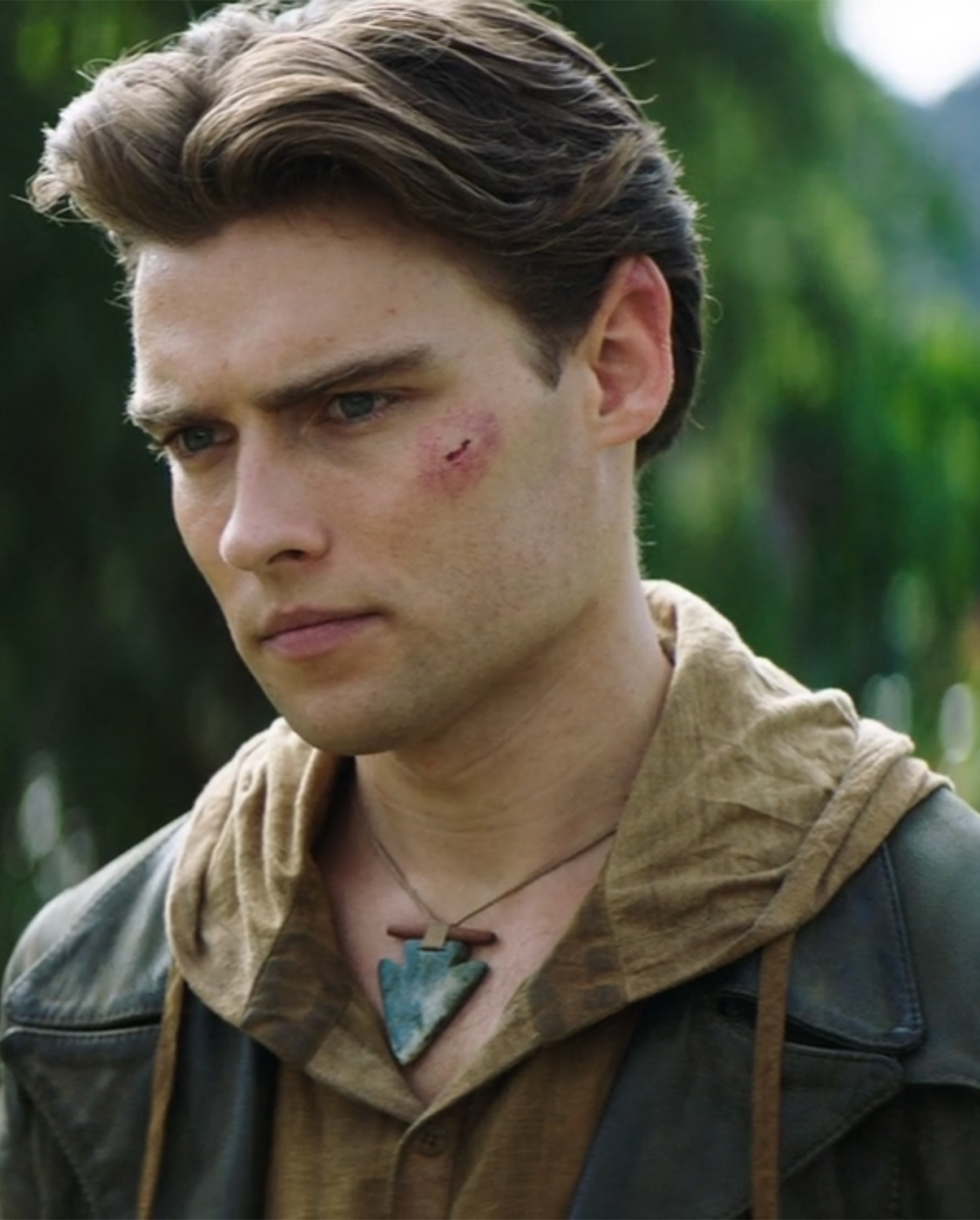 Appeared In:
The Sword of Shannara

Appeared In A Flashback:
Dweller

Slim countenance and slight build. His Elven heritage showed in his slightly pointed ears and pencil-like eyebrows that ran at a sharp angle from the bridge of his nose, rather than across the brow and the slimness of his nose and jaw. Tousled blond hair. Intelligent and honest face. Penetrating blue eyes.

Hard headed, pragmatic and raised in the tradition of a working man. Staunchly conservative, an advocate of the old ways.1The Sword of Shannara – p 77

His early years were a vague memory. He did not know where he was born, but some time after being adopted he was told he came from a small Westland community. He could remember almost nothing of his father, his mother kept him there until he was five and she fell ill. Knowing she was dying she brought him back to Shady Vale, dying soon after they came back. The only family she had left were the Ohmsfords, distant cousins. Shea became part of the family and he and Flick grew up as brothers, both bearing the name Ohmsford. The Ohmsfords became the only family that meant anything to him.

When Allanon arrived in Shady Vale he revealed to Shea and Flick about Shea’s origins. He was actually a half son of the House of Shannara – far removed from the direct line of descent. Allanon knew Shea as a child, before he came to the Ohmsfords. By this time he was the only descendant still living; with the rest being Elves they were easily found by the Warlock Lord and destroyed. Allanon knew the Warlock Lord would eventually find out about Shea and send someone after him.

Over a year after The Sword of Shannara, Shea was only just beginning to sleep through the night. Nightmares would startle him awake and leave him unable to sleep afterwards. The dreams drained him, he lost weight, colour and spirit. Lacked energy to work at the Inn and the will to do anything else.

Shea had intended to visit his grandson in Storlock but fell ill. Flick went in his place.2The Elfstones of Shannara – pp 77-78

When Heady handed the Blue Elfstones over to Wil, she said Shea was a good man. He was the previous owner of the Elfstones and believed in them.