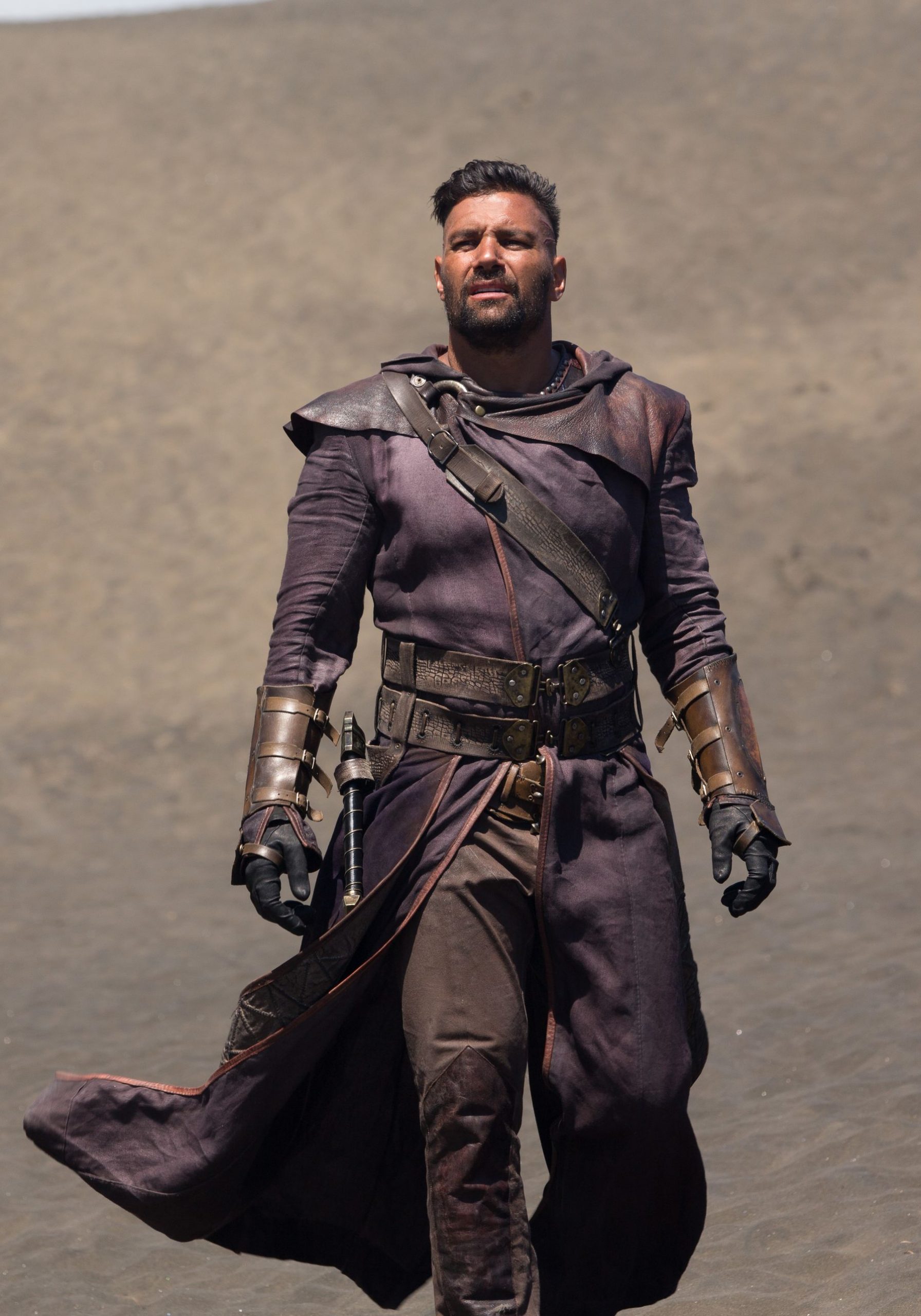 Allanon was the adopted son of Bremen.

Over seven feet tall. Exceptionally lean. Wore a black cloak. A lean, craggy face that was weathered and hard, a dark face that was long and deeply lined, giving it a craggy appearance. Short black beard and long black hair that was coarse and shot with grey. His eyes were deep-set and penetrating, they seemed to see everything, even that which was hidden. Shaggy eyebrows. Long flat nose. Wide mouth.1The Sword of Shannara – pp 5-6

A lean craggy face shaded by the sharp black beard. Deep dark caverns beneath shaggy brows where his eyes should be. A deeply lined countenance.2The Sword of Shannara – p 8

A strong but reassuring voice. As a shade, he communicated by thoughts only.

An enigmatic dark wanderer who journeyed to the farthest reaches of the Four Lands. A philosopher, teacher and historian of the races. Seemingly the last of the Druids. Rode the horse Artaq.

Found in the ruins of Varfleet by Bremen when he was about twelve.

After the Warlock Lord began killing off Shannara descendants, Allanon worked with Eventine Elessedil to help track down the remaining heirs.

After the deaths of the Waylandring family, Allanon met with Eventine in Arborlon. Following the meeting, Allanon left to seek out Eldra Derrivanian in case he had records that could assist with the search for Shannara heirs.

Killed by a Jachyra.

His death marked the end of any Druid presence for three hundred years.5Wards of Faerie

The Scions of Shannara

Allanon appeared as a shade to Cogline at the Hadeshorn. Showed him three visions of what would happen if the Shannara children6Par Ohmsford, Wren Ohmsford and Walker Boh did not heed his warnings.7The Scions of Shannara – pp 3-6

Appeared to Khyber Elessedil at the Hadeshorn.8Wards of Faerie – p 72

Woke up in the Druid cave at the same time that Amberle Elessedil was shown a vision by the Ellcrys. He was covered in ice and clutching the hilt of his sword. He climbed off the rock he was lying on and recited a Druid saying.