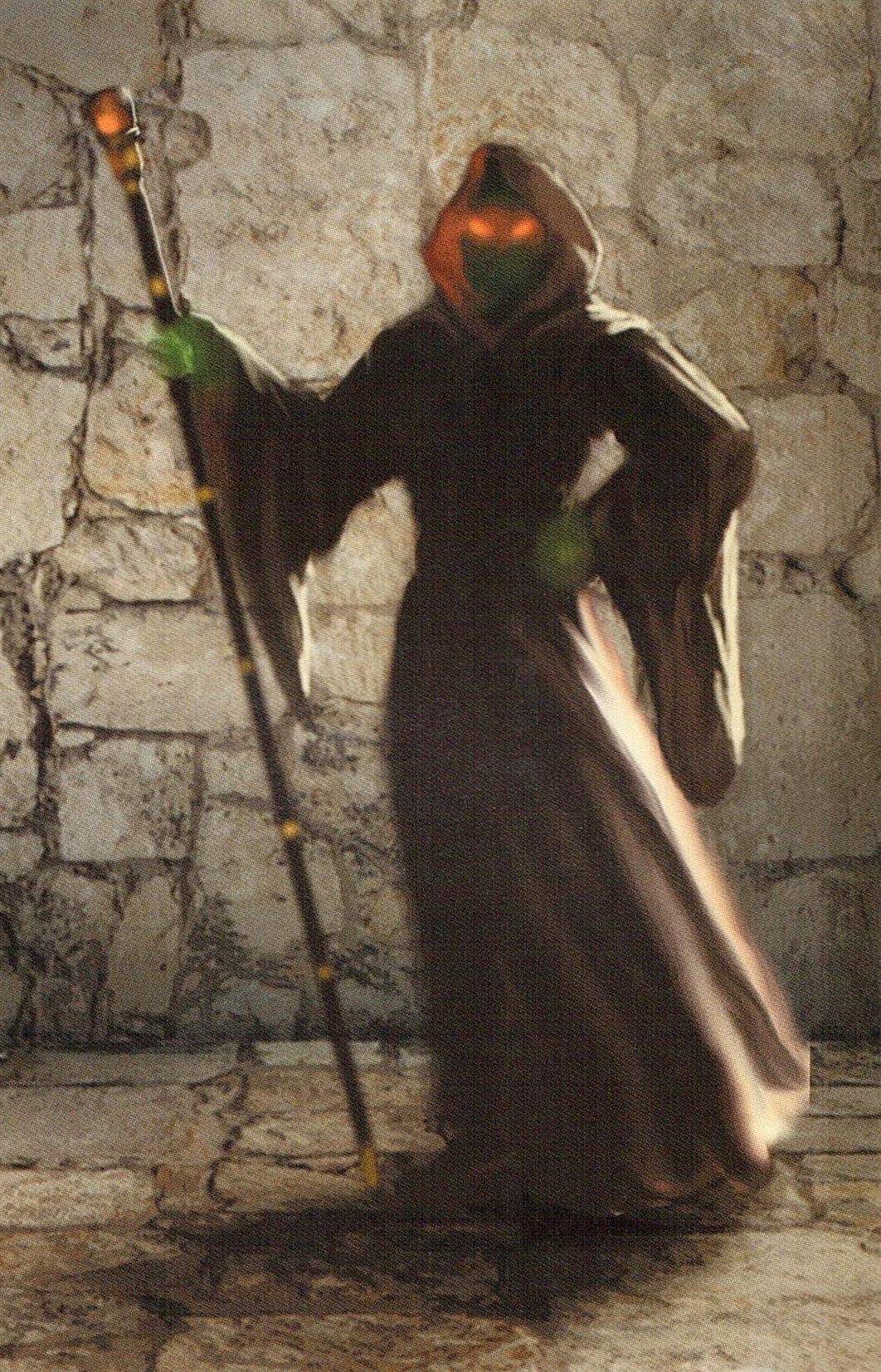 Mentioned In:
The Elfstones of Shannara
The Wishsong of Shannara
Tanequil
Straken
Wards of Faerie
The High Druid’s Blade
The Skaar Invasion

Appeared As a Shade In:
Jarka Ruus

The Warlock Lord was a former Druid who turned into a Demon.

After being subverted by the Ildatch and from misuse of the Druid Sleep, he was left with no face or body – he was just a presence wrapped in a hooded cloak.

Belonged to the First Council of the Druids, but, along with some other Druids, he became restless with the council and how long its tasks were taking, and began experimenting with magic. He was brilliant and ambitious, but careless of his safety. He believed that the destruction of the Old World in the Great Wars showed that the old sciences had failed and that the Druids seemed determined to ignore these lessons. He believed magic offered a new approach and the books that taught it were older and more tried than those that taught science; in particular the Ildatch. Brona believed it would provide the answers he sought and he became determined to have them. Continual warnings to him and his followers from the other Druids about the dangers of magic lead to them breaking away from the Council. They took the Ildatch with them.

As The Warlock Lord

He used the Druid Sleep to extend his life, but did not realise the cost he had to pay for using the Sleep as much as he did. Extended use of the Sleep transformed him into the Warlock Lord. He had no sense of right or wrong. He also fell under the sway of the Ildatch.

His lair was in the shadow of the Knife Edge Mountains in the Skull Kingdom.