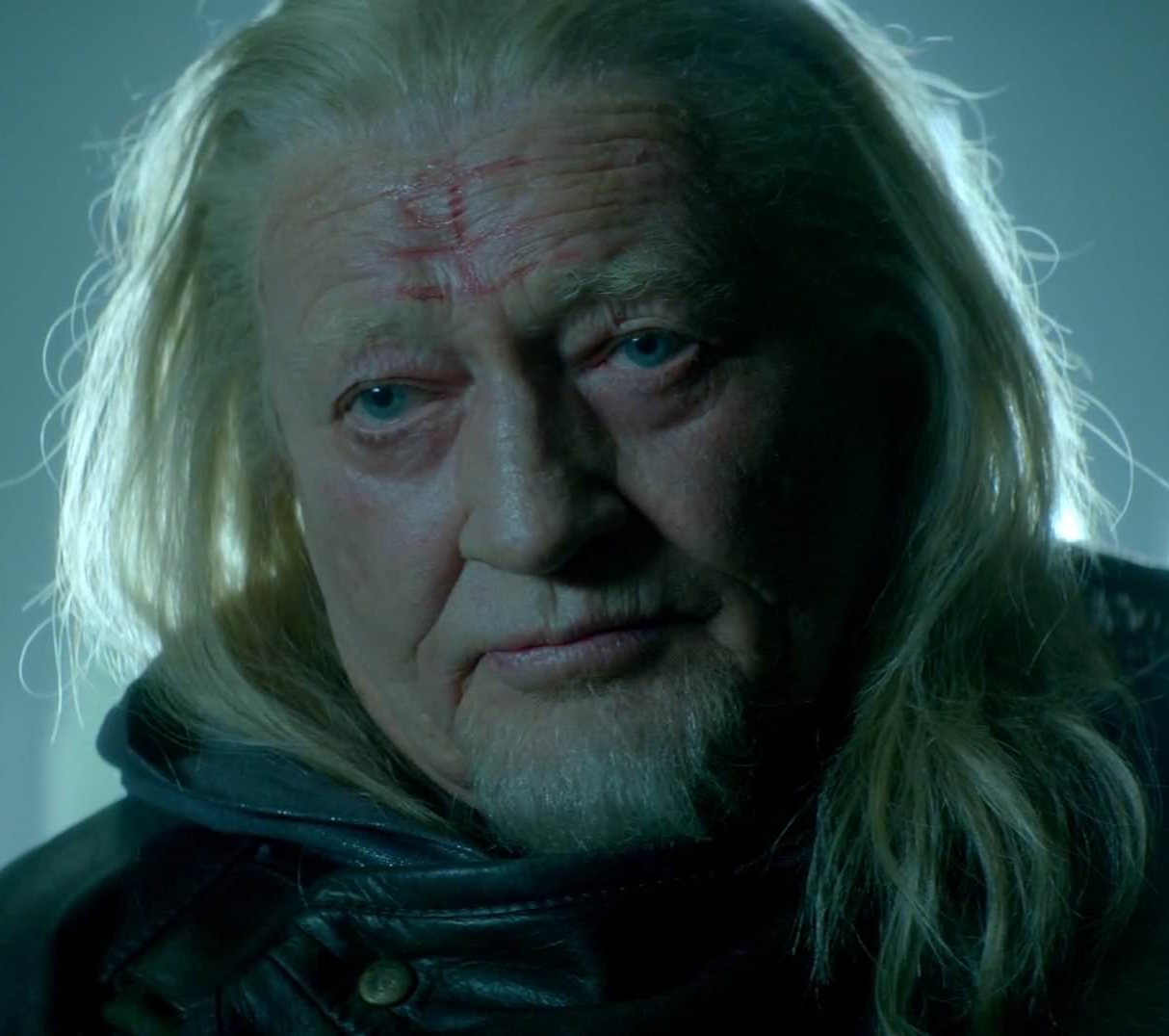 Appeared In:
First King of Shannara

Bremen was the adoptive father of Allanon.

Wore black, was always cloaked and hooded. Not a big man, neither tall or well muscled, but gave the impression of being hard and fixed of purpose. Vaguely green eyes that sometimes appeared as white as bone, especially at night. Deep lines crossed his face from forehead to chin. His hair and beard were grey but nearly white, the strands wispy and thin. Skin was dry and rough from age, but his hands were still strong.1First King of Shannara – pp 3-4

As a shade he appeared nearly transparent, ragged and bent with age.2The Wishsong of Shannara – p 270

He was a student of history, which gave him something in common with Kinson Ravenlock, resulting in them sharing some common beliefs.

He then went north and tracked the Warlock Lord to his lair.4First King of Shannara – p 6

Three weeks after the agreed day, Bremen appeared while Kinson was waiting high on a hillside overlooking the Streleheim Plains, finding Kinson easily despite the efforts he had taken to conceal himself.5First King of Shannara – p 3 They shared a meal and Kinson began to tell him what he had learnt in Bremen’s absence.

Bremen confirmed Kinson’s suspicion that the Trolls now controlled everything from the Streleheim north. Bremen also confirmed the winged black things Kinson had seen flitting across the sky at night were Skull Bearers bound to “him”.

Bremen then started to tell Kinson what he had discovered. He confirmed the Warlock Lord was still alive, with Skull Bearers leading the enslaved Troll army. The Warlock Lord had possession of the Ildatch and had learnt of the Black Elfstone.

Saved Risca, Tay Trefenwyd and Mareth from the fall of Paranor.

Forged the Sword of Shannara in Dechtera.

He found a young Allanon.

Appeared at Chard Rush when Allanon was fatally injured by the Jachyra. He stood on the water before gliding over and picking Allanon up and taking him to the centre of the Rush. They both then sank into the water.6The Wishsong of Shannara – pp 270-271

Possessed magic; was able to make himself invisible. He made use of the Druid Sleep, but believed he used it in a more controlled and balanced way and therefore wouldn’t be affected by it in the same way that Warlock Lord had been.
Search