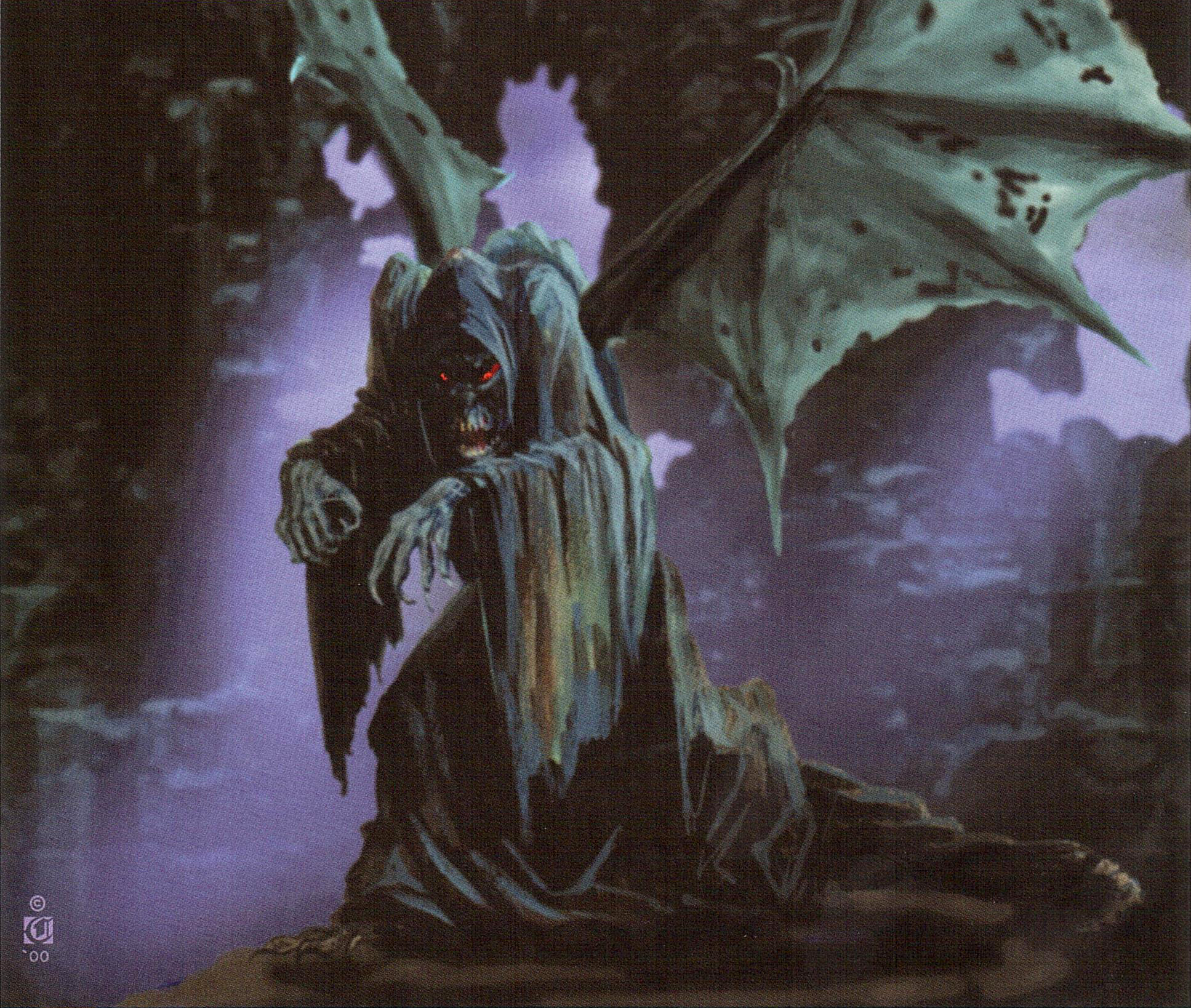 Skull Bearers were bound in service to the Warlock Lord.

The Skull Bearers were the Warlock Lord’s followers who had followed him from Paranor. They were also subverted by the magic of the Ildatch.

Six months prior to First King of Shannara, the Trolls were subjugated by an army with unknown leaders.

While waiting to meet with Bremen, Kinson Ravenlock had seen winged black things flitting across the sky at night. Bremen confirmed that the leaders of the army, the thing that Kinson had seen, were Skull Bearers.