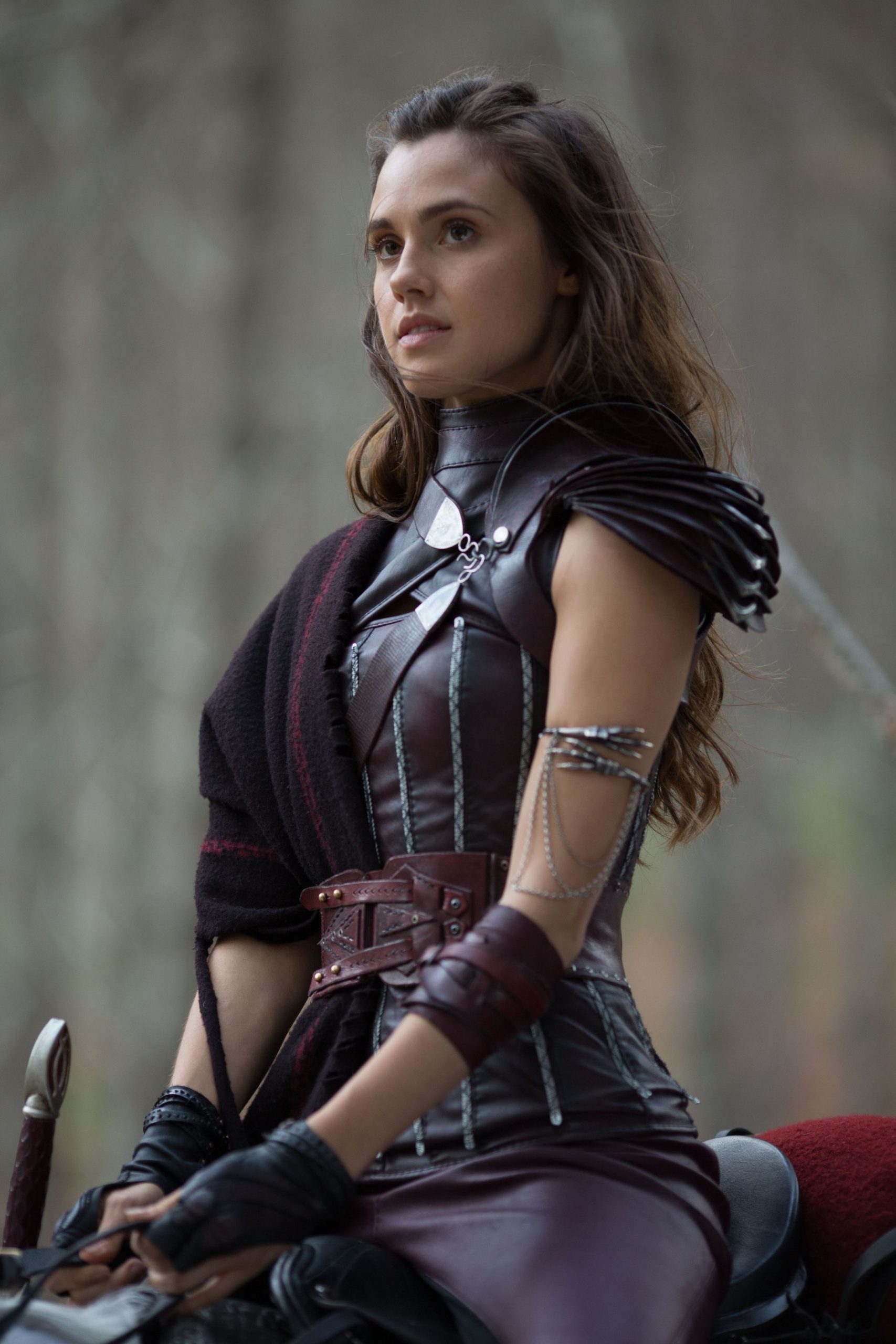 Appeared In:
The Elfstones of Shannara

Appeared In a Flashback:
Wraith

Amberle Elessedil was the first female Chosen in over 500 years.1The Elfstones of Shannara – p 11

Lauren found her easy to talk to.

Her father died when she was seven.

Afterwards, she turned to Ander Elessedil, for support.2The Elfstones of Shannara – p 26

Being selected as a Chosen astonished everyone present.

After the day of choosing, Amberle was the only one the Ellcrys continued to speak to.

When she left the Chosen, she also left Arborlon and not even her mother knew where she went. She gave no explanation about why she left.

Amberle was now living in Havenstead. She was a teacher of children and taught them her knowledge of living things. They would come to her in groups of six or eight and stay with her for a season.

When Allanon and Wil Ohmsford arrived, she initially refused to accompany them back to Arborlon, believing she was no longer a Chosen and that she was an outcast from the Elves. She eventually agreed to think about and returned to her cottage for the night, saying they would talk further in the morning. The Demons found Allanon and Wil and the three of them were forced to flee during the night.

They were attacked by Demons several times between Havenstead and the Silver River, with Amberle and Wil who were riding Artaq, getting separated from Allanon. After reaching the river, Artaq sprang clear of the river and they were surrounded by a white light. The King of the Silver River appeared out of this light. When he looked at Amberle, tears were in his eyes.

After she left, the other Chosen agreed not to talk about her.

When Lauren first mentioned he thought he saw wilt on the Ellcrys, one of the other Chosen stated it was Amberle’s fault and that they had said something bad would happen from having a female Chosen.

When Allanon arrived in Arborlon and spoke to Eventine, he advised that even though she had forsaken her duties as a Chosen, until the Ellcrys said otherwise, she remained a Chosen.

After Aine died, he became a father to Amberle and in the evenings they would play together.

Amberle had been her grandfather’s favourite and her being selected as a Chosen had given him deep pride and joy. Her betrayal of her trust had been harder to bear than the death of her father. He believed she had shamed her people and her family.

Amberle, with the assistance of Ander, had trained secretly for the Gauntlet.

When Amberle arrived at the starting point of the Gauntlet she was met by Lorin, who believed she was there to wish him luck. She revealed to him that she was racing too, to the shock of Lorin and the anger of the other contestants.

Immediately after the race began, one of the other contestants tripped Amberle up. As she lay there, a voice told her to get up. Amberle was to hear this voice a number of times throughout including, including being told when to jump the ravine. Amberle was tripped one last time on the final approach to the finish line. As she lay there, the voice came again, encouraging her to get up. Amberle went on to become the seventh and final Chosen.

In her room, Amberle was drawing a picture of the demons when her door opened and Catania and Lorin appeared.

After entering the Bloodfire, Amberle was met by an Elf who looked like her, and she realised this was the voice she had heard since she was a little girl. The Elf told her the last leaf had fallen in Arborlon, that every step Amberle had taken had led her there and explained what the Bloodfire was.

Aleia also revealed Amberle had been chosen, just like she once had been, and that they were both tied to the Ellcrys. As she ended, Amberle would begin. Not understanding, Amberle showed her the seed, still thinking she could save the Ellcrys. In response, Aleia reached out and merged Amberle with the seed, advising her that she was the seed.

The three attempted to leave Safehold, only to have Trolls chase them. She and Wil were forced to leave Eretria behind. They hide from some newly arrived Trolls and she had to stop Wil from going after them. They steal the Trolls’ horses to return to Arborlon.

When they approached the city, they realised they were on the wrong side of the Demon army. Amberle took them to a nearby cave to wait until dark. While they waited, Amberle accepts what she needed to do and she confessed to Wil that she loved him whereupon he told her he loved her too.

When darkness fell they set out again and, as the main battle began in Arborlon, a group of Demons went past them. One of the Demons detected their presence and Wil used the Elfstones to kill it. The remaining Demons surround them and they were nearly overwhelmed. Allanon, Slanter and his Gnomes arrived and killed the rest of the Demons. They escorted Wil and Amberle back to Arborlon.

Despite being attacked by Demons they made it back to the Sanctuary. Amberle was now forced to tell Wil the truth about the seed; she told him she tried to tell him earlier and that she must become the Ellcrys. They kissed one last time but were distracted by Allanon and the Dagda Mor entering the Sanctuary. While Wil was fending off the Dagda Mor, Amberle entered the Ellcrys. She transformed, and the Ellcrys was restored.