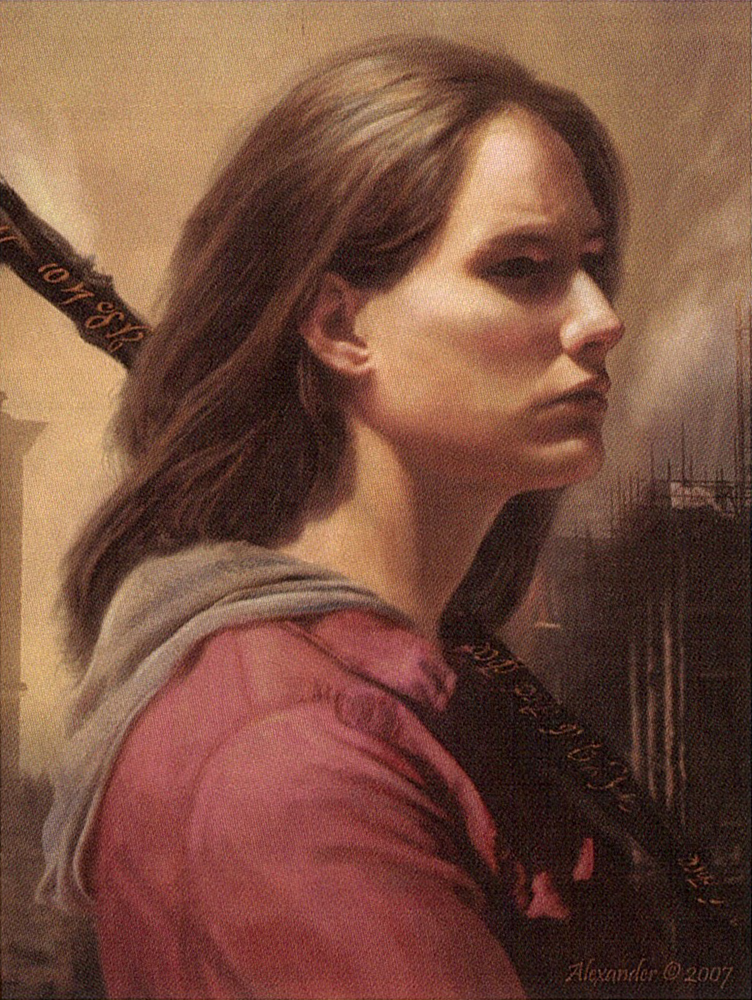 Angel Perez was a Knight of the Word.

Born in East LA, in one of the poorest sections of the city.1Armageddon’s Children – p 130

By the time she was eight years old, she considered Johnny as a father. He taught her the boundaries of the barrio they were living in, so that she knew how far she could go if he was not around.

One day he took her to a face an unknown creature alone.

Joined the Knights of the Word at eighteen.

About twenty four by the time of Armageddon’s Children.

Sent by the Lady of the Word to search for the Elves. The Lady sent a Tatterdemalion called Ailie to assist her.

After her final battle with Delloreen she was too injured to continue with Kirisin and Simralin Belloruus, so they took her to the home of Larkin Quill to be healed.