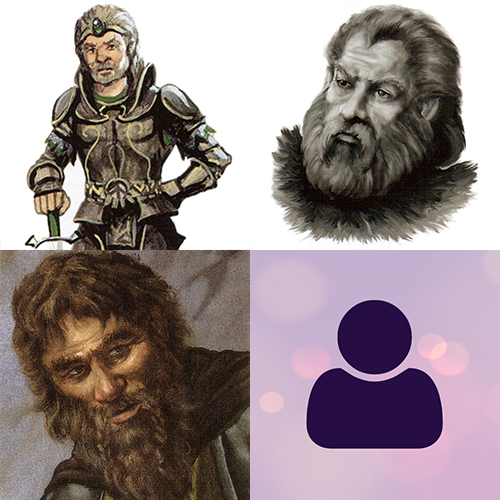 Dwarves4Also referred to as Dwarfs were descended from survivors of the Great Wars.

Years of living underground without sunlight had changed their appearance. They became short and stocky, powerful in the arms and chest, strong thick legs for climbing and scrambling underground. They had superior vision in the dark, but could see little in the sunlight.

Descended from survivors of the Great Wars who had developed into their own race. A race of Men had fled beneath the earth. They lived underground for hundreds of years until they began to emerge above ground and made their home in the darkest forests of the Eastland.

After years of living underground, they abhorred darkness and close places.

They developed their own language, but later reverted to that of Man.

After emerging from underground they lived in the forest.

Fought in the Border Wars against the Gnomes for possession of the Anar Forest.

With the Gnomes under the influence of the Mord Wraiths, the Border Wars started up again and the dark magic gave the Gnomes a strength they would not have had, so the Dwarves were driven south.

The Dwarves were fighting as allies of the Elves in the war against the Federation.