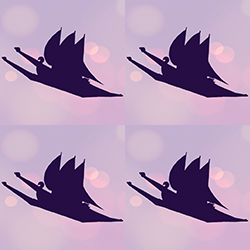 Airships were a form of transportation.

The first airships were designed and built by Ezael Sterret twenty four years before, and had been in service as fighter ships for 5 years before, the events of Ilse Witch.1Ilse Witch – p 144

The first airship was unwieldy, ungainly and unreliable but did fly. Other efforts by other builders followed, each more successful than the last transforming transportation within two decades.2Ilse Witch – p 144

During the Federation Wars many of the Federation airships were manned by Rover crews, who were responsible only for flying the ships; Federation soldiers would fly with them and were the ones responsible for fighting. The crew was only expected to fight when the ship was in danger of being boarded. With their experience in trading ships and pirate vessels, the Rovers were better at flying the airships than the Southlanders.

It took skill, intelligence and instinct to keep Airships in the air. More were lost through poor navigation, loss of control and panic, than through actual battle damage.

The sails were called light sheaths. They gathered light, either ambient or direct, from the skies for conversion to energy. Light energy gathered by the sheaths was relayed by lines called radian draws. The draws took the heat down to the decking and into containers called parse tubes which housed diapson crystals. The crystals were prepared by craftsmen and they received and converted the light energy to energy that propelled and steered the airship. Hooding and unhooding the crystals determined the amount of thrust and direction of the airship.