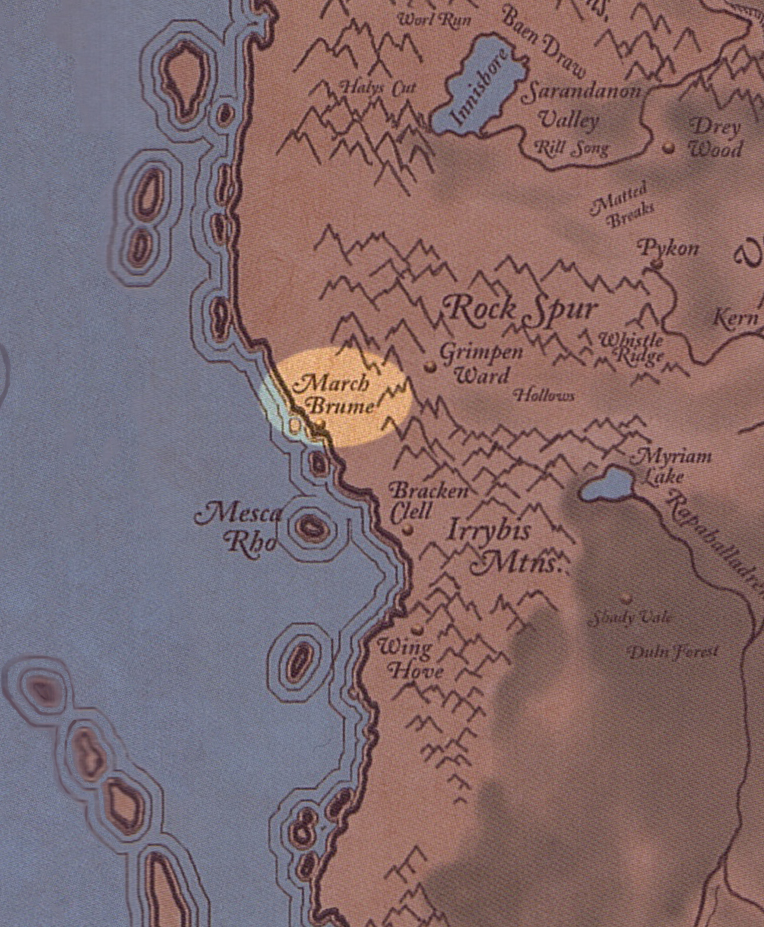 March Brume was a coastal village where Rue Meridian, her brother and their crew were living before working for the Federation.

West of where the Federation were fighting against the Free-Born. North of Bracken Clell on the coast of the Blue Divide. Occupied a rocky stretch of beach along a cove warded by huge cliffs to the north and a broad salt marsh to the south. Deep woods backed away from the village into a shallow valley behind.

Predominantly a Southland community, but a smattering of Elves and Dwarves also lived there. It had been famous for centuries for the construction of sailing ships including one man skiffs, one-masted sloops and three-masted frigates. Craftsmen from all over the Four Lands would come there to ply their trades.

The invention of Airships and the subsequent revolutionising of transportation transformed the nature of shipbuilding in March Brume forever. Less sailing ships were built and more and more airships were being built. The majority of airships were bought by the Federation and Free-Born armies.