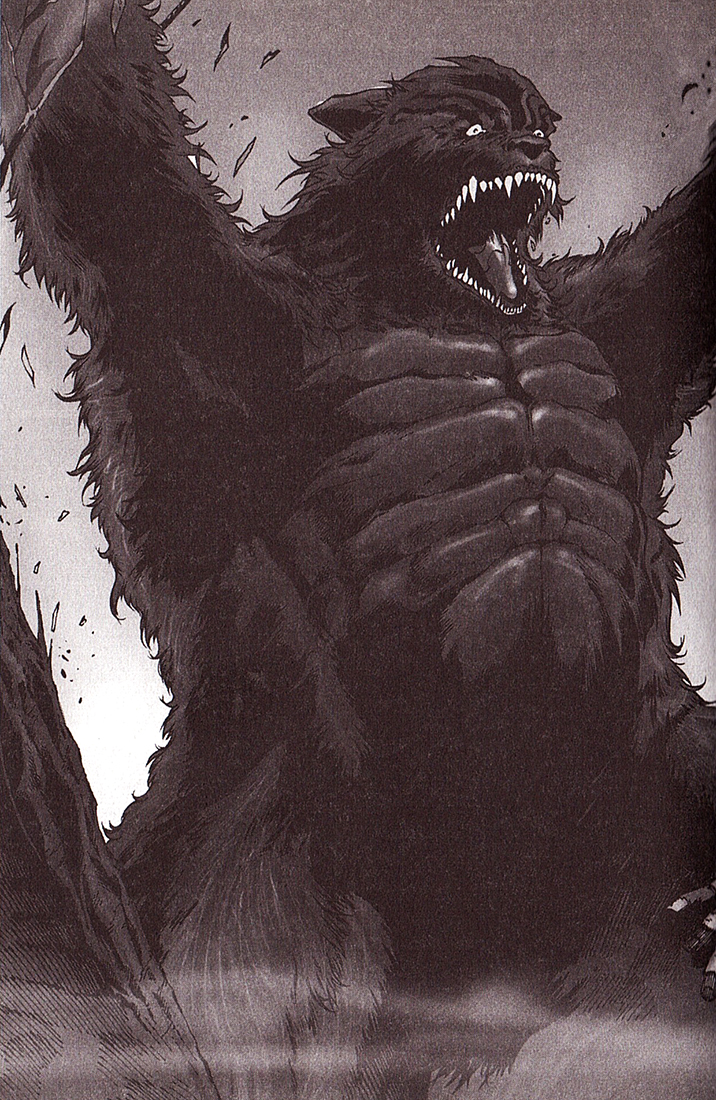 The Stone King had altered a Koden to become his watch dog. He blinded it and its hearing became extremely sharp.

Ten years prior to The Druid of Shannara this Koden killed a number of men travelling with Horner Dees.

When Walker Boh arrived at Bone Hollow, the Koden called out to him. It was able to communicate with Walker that it wanted help to get free. It allowed everyone to pass after Walker told it he would find a way to do so.

The Koden was set free after Quickening‘s magic worked its way through Bone Hollow.

While on patrol, Sider Ament detected a Koden had passed by.1Bearers of the Black Staff – p 2