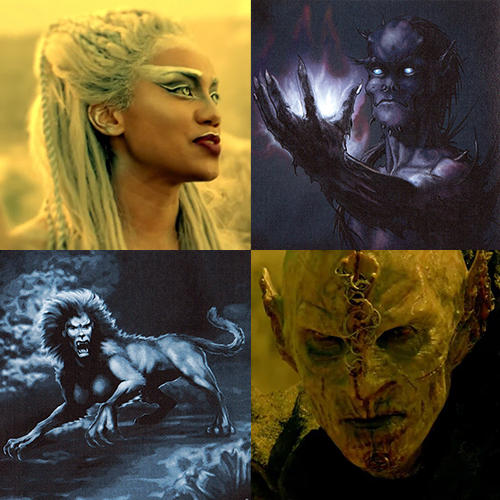 Appeared In:
The Elfstones of Shannara
Bloodfire Quest

Mentioned In:
The Wishsong of Shannara
The Scions of Shannara
Wards of Faerie
The High Druid’s Blade
The Sorcerer’s Daughter

The Jarka Ruus were Demons that had been around since the Age of Faerie.

After nearly destroying the Elves, they had been shut away from the earth since before the dawn of the old race of Men and banished beyond the Forbidding. Held there by the power and magic of the Ellcrys.

They called themselves the Jarka Ruus.