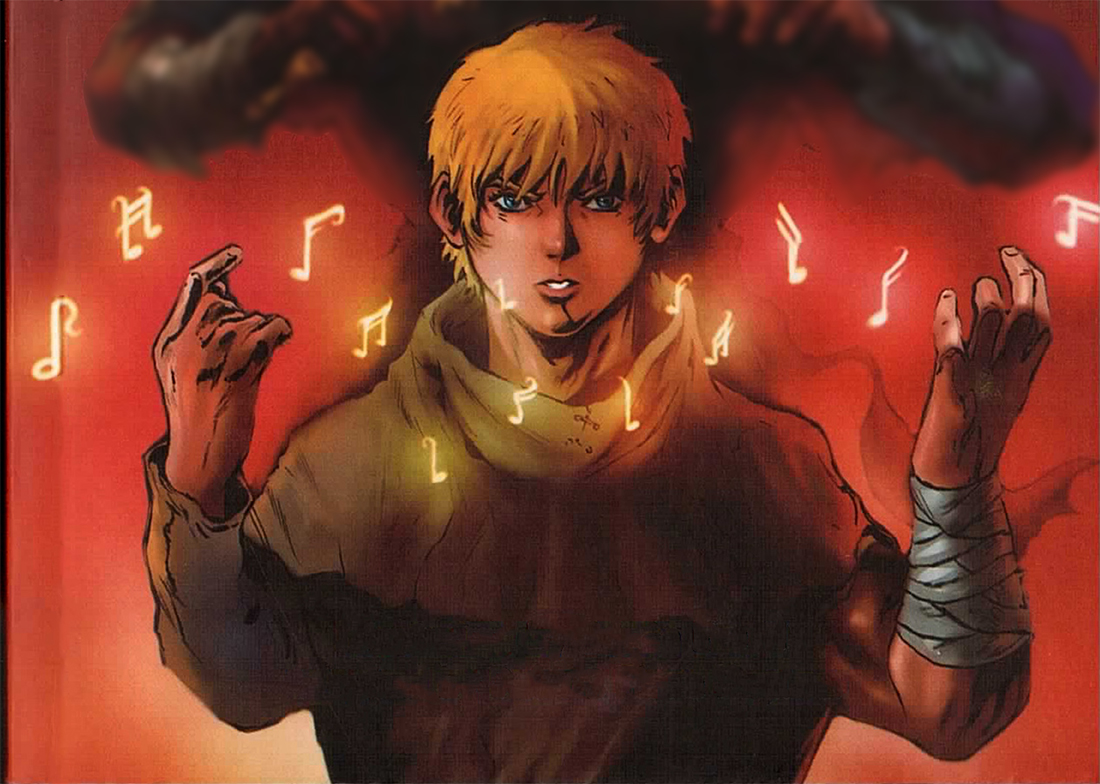 Jair Ohmsford was the son of Wil Ohmsford and Eretria.

Inherited his mother’s fire. Lean and wiry. Had his father’s face with his Elven features: narrow eyes, slanted eyebrows, ears slightly pointed and a thatch of unruly blonde hair. Slim.

Impulsive and distressingly headstrong. Wore a hunting knife in his belt, in the manner of Valemen.

Tracked down the remaining fragment of the Ildatch. Using the Wishsong to make himself invisible he was able to get close to the Mwellrets that were in possession of the fragment.

Afterwards he was haunted by dreams of what happened during the battle.

Had the use of the Wishsong, but could only perform illusions, except in a few circumstances.

As part of the mission he had been given by the King of the Silver River he was able to use his magic for one time only where it would become reality, rather than illusion.

He was also able to use the Wishsong to transform himself into Garet Jax when caught by the Mwellrets trying to destroy the last page of the Ildatch. This turned out not to be an illusion – he could move, fight and kill like Garet. While these abilities frightened him, they also exhilarated him. In this form he was able to defeat all of the Mwellrets and destroy the Ildatch page, which he was previously unable to do. He was also able to see a ghostly form of himself, waiting for him to join back with it. The ghost form of him seemed to be fading away as if that they did not re-join in time he could disappear forever. This was to haunt his dreams for a while afterwards.

He had discovered where his father hid the Blue Elfstones and tried to get Brin to take them with her. When he fled Shady Vale he took them with him instead, hoping to find a way to use them, and to prevent them being left where the Mord Wraith at his house could find them. He later gave them up to the King of the Silver River in exchange for other magic.

This was also given to Jair by the King of the Silver River to help him find Brin. He only needed to sing to it and the Vision Crystal would show him a vision of where she was at the time.