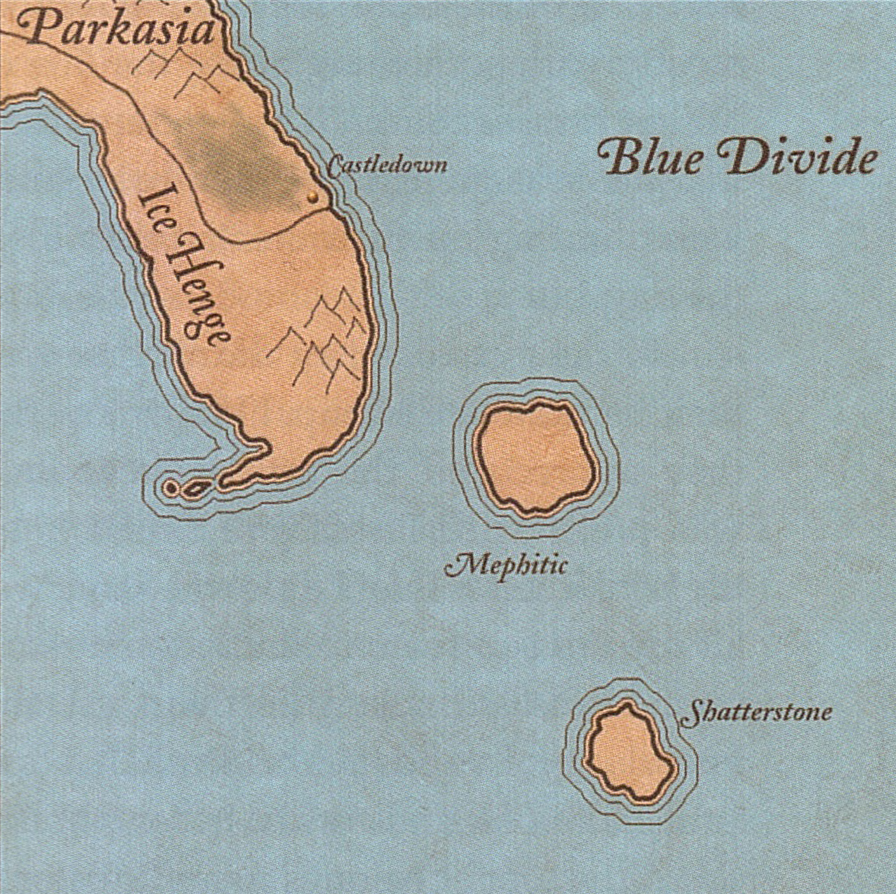 Ice Henge was the fourth and final location on Kael Elessedil‘s map.

A mountainous spit of land.

The coastline had sheer cliffs that dropped straight into the ocean with their peaks disappearing into clouds of mist and gloom. Cracked and broken trees jutted out of the rocks. Smaller islands led up to the cliffs. The only vegetation was hardy sea grass and wintry grey scrub. Shrikes and other sea-birds could be found around the cliffs. Caverns had been carved into the cliffs by the ocean. Most of the coastline appeared to be like this.

In one section however, the cliffs opened abruptly into a deep broad bay that ran back through the mist and gloom to a towering range of snow-capped mountains. Glaciers ran down these mountains; massive blue-green and jagged chunks of ice. The glaciers emptied into the bay in blocks of ice so huge they formed small islands. The sound of the ocean was not so obvious in the bay, the winds died and the sea birds huddled in their rookeries, leaving the cracking of the ice as the only thing disturbing the deep stillness.

The bay led to a channel heading inland and to the Squirm. After passing the Squirm the cliffs softened into gentle slopes. Green and lush forests appeared. Rolling hills stretched into the distance for miles. The smells and sounds of the ocean disappeared and you could be in another world entirely. Even though it was winter when the Jerle Shannara arrived, the island beyond the Squirm had summer weather.

After gathering the three keys from Flay Creech, Shatterstone and Mephitic, this was the fourth and final location on Kael Elessedil‘s map that the Jerle Shannara crew needed to find.
Search