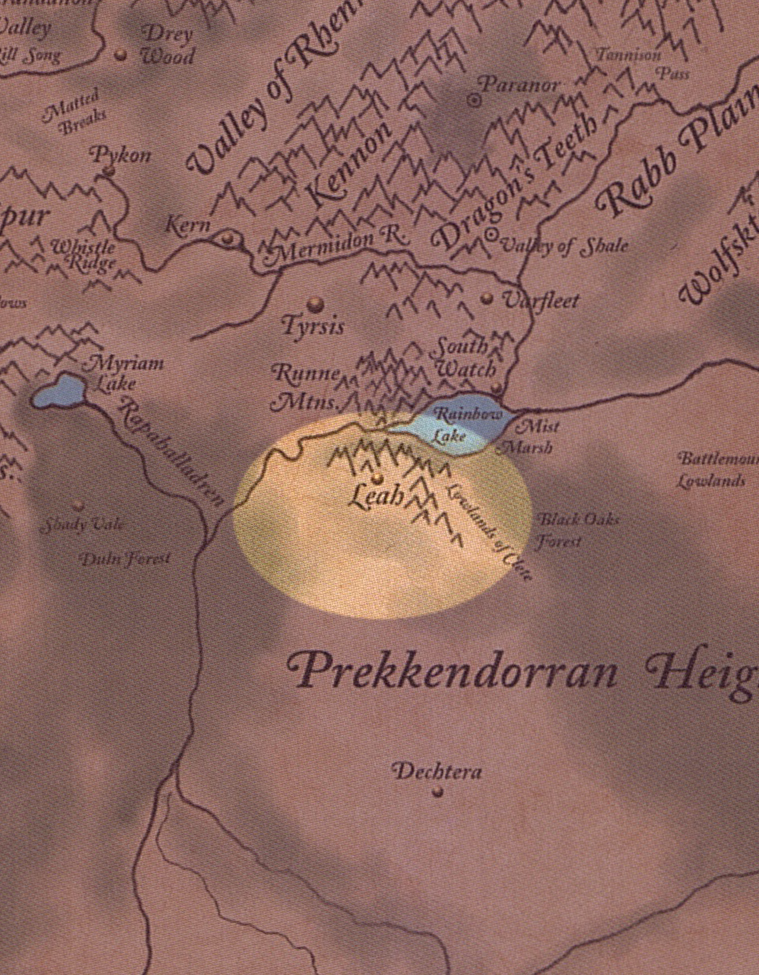 Mentioned In:
The Druid of Shannara
The Talismans of Shannara
Wards of Faerie
The Stiehl Assassin

The Highlands were located in the Southland.

While the major city of the Highlands was called Leah, the Highlands were also known as Leah. They were named so when the Leah family were their Kings and Queens.

The monarchy was the oldest in the Southland.1The Sword of Shannara – p 76

When the Federation came to power, they abolished the monarchy, installed a provisional governor and cabinet and stationed a garrison of soldiers in the city to ensure order.

Over time, history had become vague. It was believed the royal family had walked away from the responsibility not long after Menion Leah helped dispatch the Warlock Lord. There hadn’t been a monarchy for generations and the Highlands Council was the current governing body.

The Federation was officially in control, however, this was in dispute as the Borderlands lay claim to them as well.