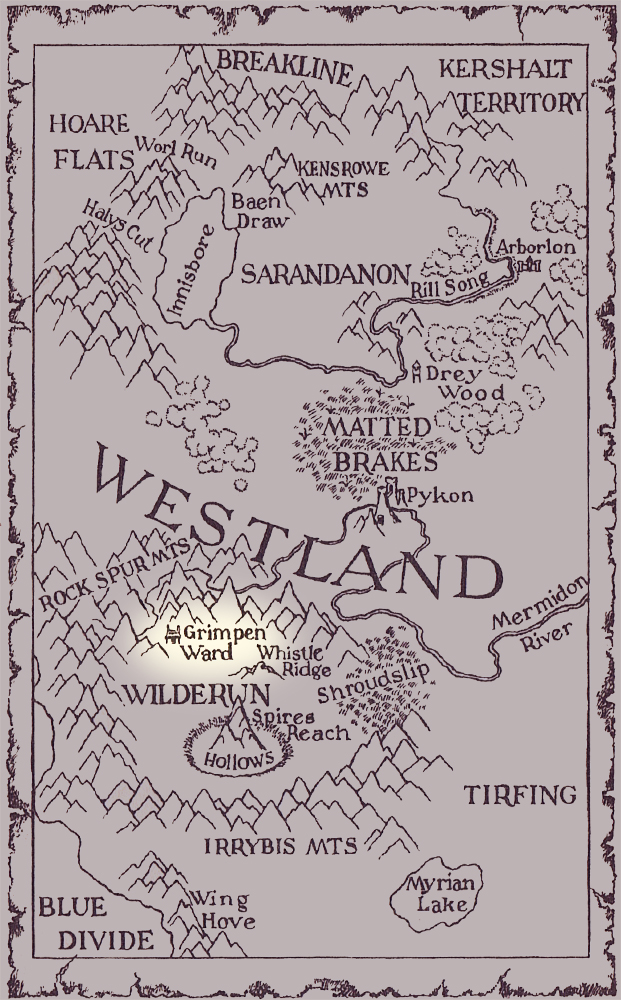 Grimpen Ward was located in the Wilderun.

In daylight it looked squalid and sleepy, with clap board buildings and sheds, rutted dirt roads and shadowed alleyways.

Grimpen Ward had once been a sleepy village that catered to trappers and hunters seeking game within the Wilderun. The nature of the village changed slowly as gambling brought in more money than any other commerce. It was shunned by the Elves, but Southlanders and Rovers found it suited their purposes exactly. Gradually it became the last rung on the ladder down – somewhere to go for those who had nowhere else to go.

Zora told Tye that she was taking Eretria to Grimpen Ward to sell her.