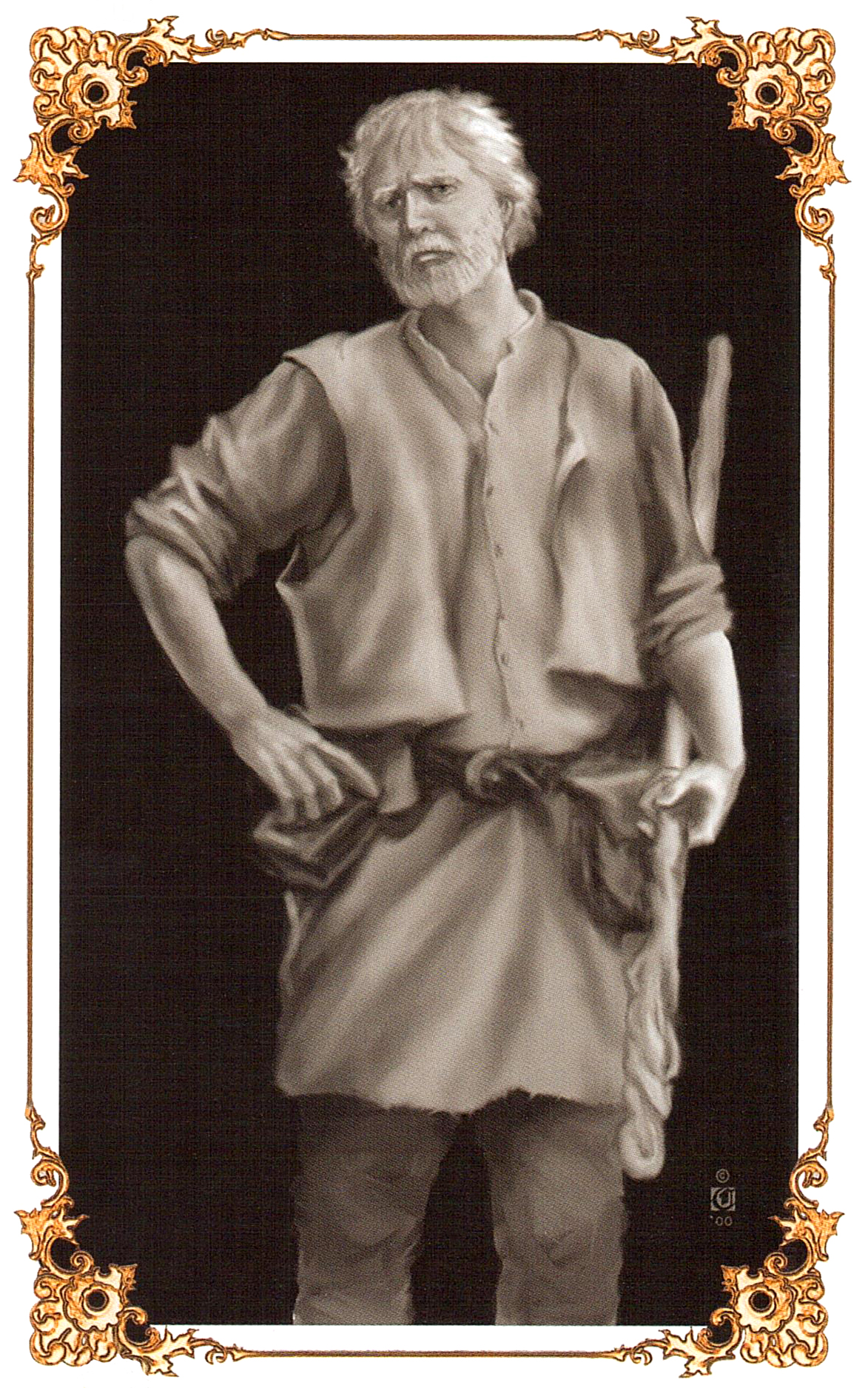 Appeared as a Shade In:
The Skaar Invasion

Cogline was a former member of the Druids.

Like a bundle of sticks loosely bundled together that might crumble into dust if a strong wind blew. Wore grey robes and a forest cloak. Leathery brown skin, shrunken close against his bones. White beard and hair, thin and fine like wisps of gauze.1The Scions of Shannara – p 2

After Paranor had returned he had aged significantly. He had more lines and wrinkles and was even more stooped, slower speech and walking, and frail beyond his years.

Was kidnapped by the Croton Witch as she wanted to use his magic to restore Paranor.

The Scions of Shannara

Cogline was now nearly 1000 years old, due to the use of Druid Sleep.2The Scions of Shannara – p 2

He was summoned to the Hadeshorn where Allanon showed him three visions of what was to come if the Shannara children3Par Ohmsford, Wren Ohmsford and Walker Boh ignored the dreams they had been sent.4The Scions of Shannara – pp 3-6